Why do we hate Mondays? | Polish Localisation

Why do we hate Mondays? 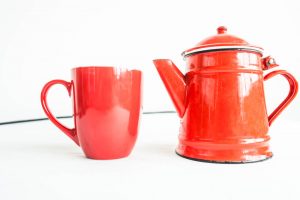 We all know that feeling – there is that one day of the week when the sound of the alarm clock is particularly irritating… We get ourselves a big cup of coffee, a bit stronger than on other days, only to start our day browsing through social media and seeing memes of even bigger and stronger coffee cups, all with this one line in common: How I hate Mondays!

What if I told you Mondays did not exist?

Yes, Mondays do not objectively exist, they are the product of culture we live in – a concept that was introduced officially by Constantine, the first Christian Roman Emperor, in AD 321. Due to the influence of both Rome and Christianity, this has stuck in most regions of the world to the present day.

Before that Romans used a 8-day week with each day labelled A-H. I wonder if everybody hated A’s!?

The 18th century French revolutionists also did not like the 7-day week. In 1793 hey started a new ‘calendrier révolutionnaire français’ based on their revolutionary principles. Each month was divided into 3 ten-day ‘décades’ – there were no more Mondays! This happiness didn’t last for too long though – this calendar was officially maintained for 14 years but virtually abandoned after 6 – globalisation trends won and the Gregorian Calendar was in widespread use again.

I think the cultural clue about hating Mondays is the culture of chasing rewards – seeing the entire week as a sprint and enduring it with hopes that one day you’ll be ‘done’ (Friday) and can finally ‘enjoy it and relax’ (the weekend). Monday is starting the frustrating chase all over again.

Why is it frustrating? Because we are aiming for something that doesn’t actually exist. We can never be ‘done’ with our work and the satisfaction is to be found along the way, not at the end of the rainbow.

Just imagine if it was the Aztec 13-day week ‘trecena’ that made it into our present day mainstream culture….

We’re touching upon another cultural concept here(!) – work is typically associated with the time it takes and this time is precisely quantified. It has become customary to pay people by the hour, week, or month. This practice has arisen in the modern industrialised era so it is relatively new in the history of human race and by no mean does it exist in all cultures!

Very slowly some doubts arise whether the 40-hours Monday to Friday working week is the optimal solution. Differences already exist between countries and more and more alternative schedules are being proposed in various work environments and even schools. One alternative schedule I came across insisted making Mondays free as it decreases employees’ stress and increases productivity…
Are we all going to hate Tuesdays in 50 years? After all Mondays, 9 am, hours divided into 60 minutes, 24 hours days are cultural concepts that simply have been present long enough to be now taken for natural and obvious!

I wish you great Mondays!

If you want to learn more about the cultural dimension of time and other culture dependent concepts, try out our
course!

In this article you will find more information on this topic.

About the author: Monika Zatylny
Monika is a translator and a language and communication trainer with over 10 years of teaching experience. In Polish Localisation she manages the intercultural communication team.

Many businesses include global expansion into their growth strategy. With easy a

How to communicate and work well with people from different cultures

Why do we hate Mondays?

How to improve your intercultural communication skills

Doing business with foreign partners is not always easy. To convey your message

If you’re setting off for a business adventure abroad, you’ll need to be wel